I am in the studio working on a new album. The times composing are typically quiet with my dog, Chauncie at my side. The experience is not linear; I find myself sifting back and forth through vignettes of my life, collecting the moments of deepest feelings like flowers for a special vase. I help guide those feelings as the find their way into a track on the album. 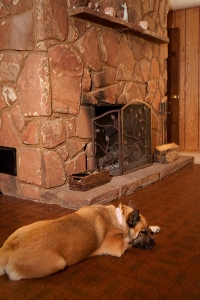 Since March of this year, I have been impressed by the work of “experiential photographer,” Jesh De Rox. Jesh’s “Beloved Movement” seeks to explore the intimate feelings experienced by loving couples. In my photographic work – honing the skills of the “Beloved” session, I have found myself inspired to work on a new album featuring the Native American flute. The working title, oddly enough is “Beloved.”

I find myself gravitating to the keyboard, playing the grand piano with the damping pedal depressed to give it a muted, chiming effect. As I build on the melodies, the piano fades into the background, giving way to a Native American flute or an Anasazi flute. I make no attempt to diminish the sounds of my breathing when I play the flute; it’s part of the musical statement.

Click the link below to listen to a sample of a track from the work-in-progress, “Beloved.”

“The Wake I Left” Demo

During the crafting of this album, I will be putting individual tracks available for download up on Bandcamp as they are mastered.

This entry was posted on July 3, 2011, 10:35 pm and is filed under Music. You can follow any responses to this entry through RSS 2.0. You can leave a response, or trackback from your own site.